Due to over-fishing, and consequences from pollution, Sea Turtles are endangered. Sea Turtle eggs are routinely caught in fishing nets and harvested for human consumption. Mature Sea Turtles often suffer an early demise from ingesting plastic waste, which abounds in the sea.

Samae-San Island is a small island in Sattahip District, Chonburi Province. The island is under the control of the Naval Special Warfare Command (SEAL), Royal Thai Fleet as part of an initiative that was launched by Her Royal Highness Princess Maha Chakri Sirindhorn. This initiative led to the establishment of the Siam Marine Rehabilitation Foundation. Students and the general public are welcome to visit learn about the lives of sea turtles.

The Siam Marine Rehabilitation Foundation serves as a nursery where hatched Sea Turtles are cared for until they are deemed ready to return to the Sea.

On Saturday, February 23, Yannix Volunteers, as part of the Give It 2 Get It Program, will do their part by releasing twenty-four Hawksbill Sea Turtles back into nature.

Earlier in the day, Yannix Volunteers will visit the Thai Way of Organic Farming Learning Center (SEAL Farm) to learn about the concept of a “sufficiency economy,” a Thai development approach that espouses a balanced approach to living. The philosophy is attributed to the late King Bhumibol Adulyadej.

The SEAL staff will show volunteers how to plant vegetables, raise ducks, and mill rice.

To learn more about how you can make a difference through the Give It 2 Get It Program, please email us at: 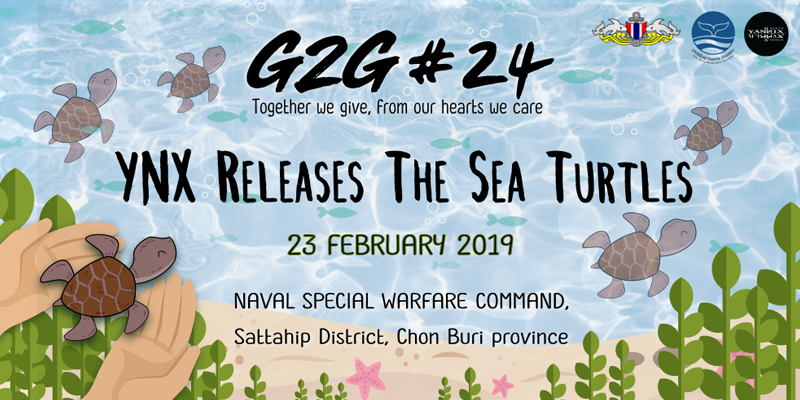