Back in July, (for Give It 2 Get It #28), Yannix Volunteers visited the Thung Khru District and helped create a scenic backdrop to serve as a Welcoming Point for visitors to the community.

Since then the location has become a popular photo spot where tourists check-in and take photos.

Yannix Volunteers, through the “Give It 2 Get It” program, were invited to return to Thung Khru again in January 2020 by Ms. Kusuma Insamaphan, founder/director of the Small and Micro-Community Enterprise (SMCE), to visit the district on the weekend of National Children’s Day, an event for which Yannix served as a main sponsor.

The Thung Khru District is a canal community, so it’s no surprise that one of the day’s first activities was the Rowing “Competition for Garbage Collection” featuring twelve (12) boats/kayaks. The event is a boat race that takes place along the canal where the children in the vessels were tasked with collecting trash as they rowed and paddled toward the “Finish Line,” the Darul Ibadah Mosque, where the rest of the day’s events were slated to unfold.

Yannix sponsored three (3) boats and Yannix Volunteers served as rowers/participants in the race. At the conclusion of the race, once everyone had reached the Darul Ibadah Mosque, the participants who had collected the most trash were awarded prizes.

The boat race and the award ceremony were followed by a charity lunch complete with ice-cream for dessert at the Darul Ibadah Mosque. Yannix Volunteers served food and treats to all of the participants.

National Children’s Day coincided with the Opening Ceremony of the Bangmod Canal.

Mrs. Wasana told the director of Yannix’ Give It 2 Get It program, Ms. Winimai “Ar Pooh” Kohkiat that she was very pleased and grateful for Yannix’ sponsorship of this event, noting that she “appreciates Yannix’ commitment to community development in the area around Yannix”.

All in all, National Children’s Day was a wonderful success filled with community service in a competitive environment. Yannix thanks Ms. Kusuma Insamaphan, the Darul Ibadah Mosque, Mrs. Wasana Buranakittisopon, Mr. Sakchai Bunma, and everyone who participated in the events of Give It 2 Get It #33.

To learn more about how YOU can make a difference, please contact us at: ‪‪‪ 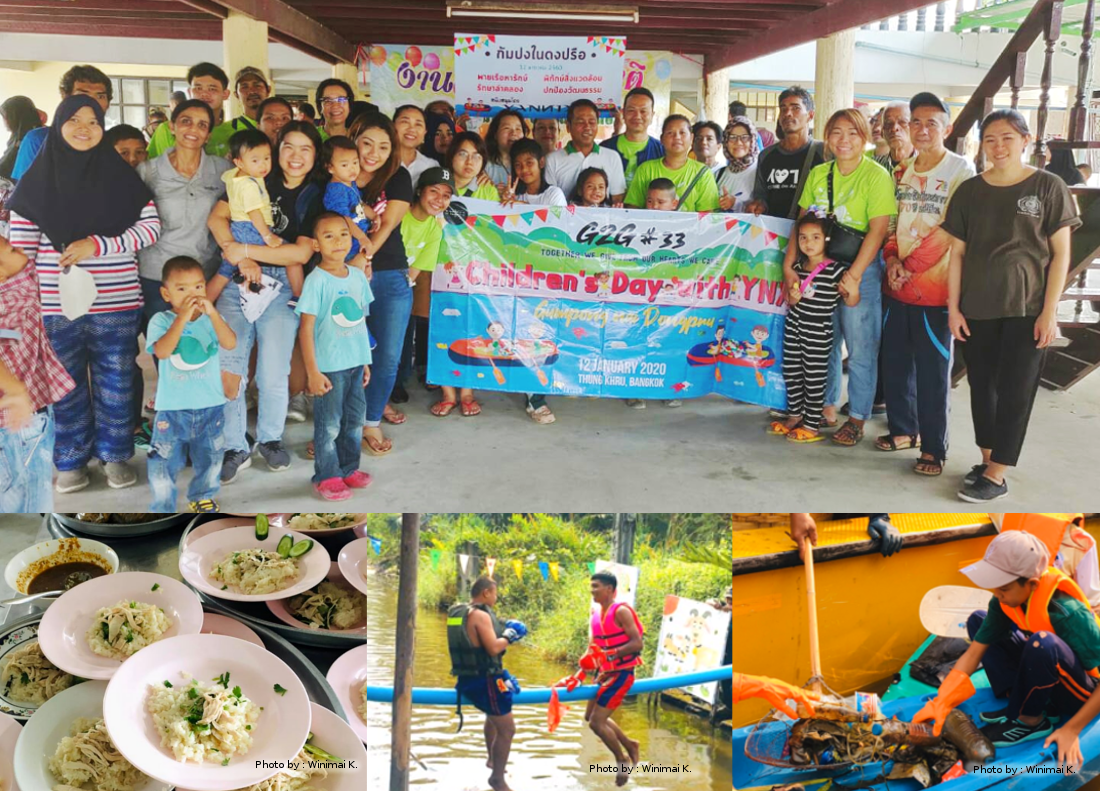